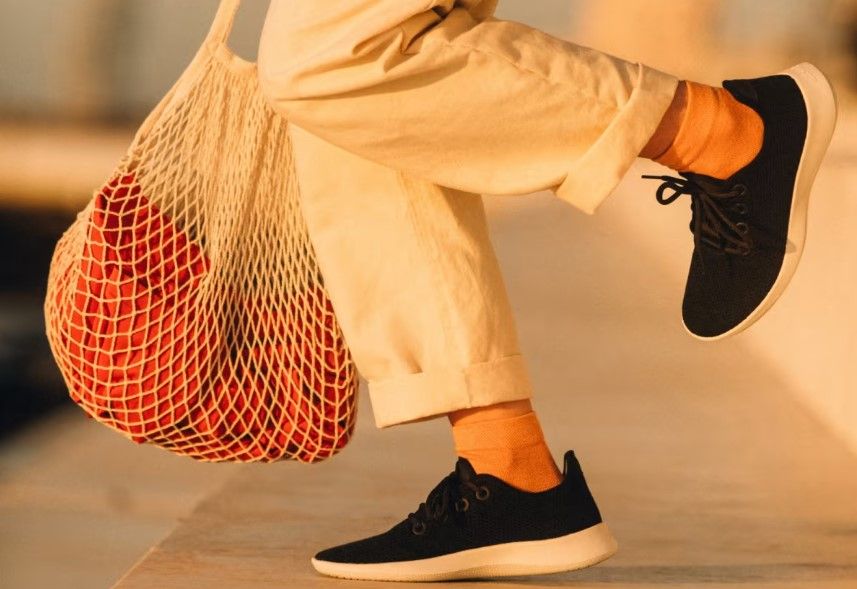 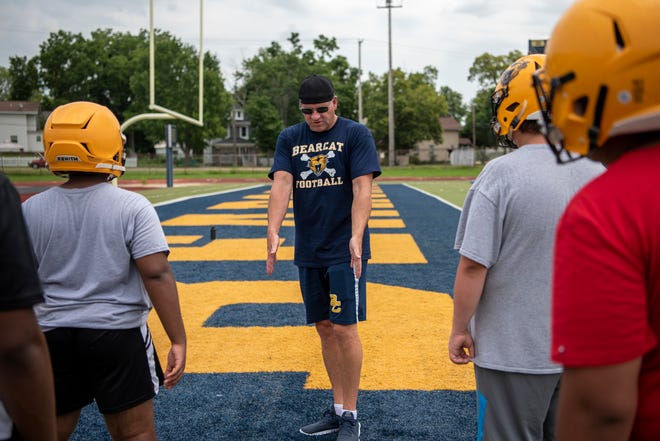 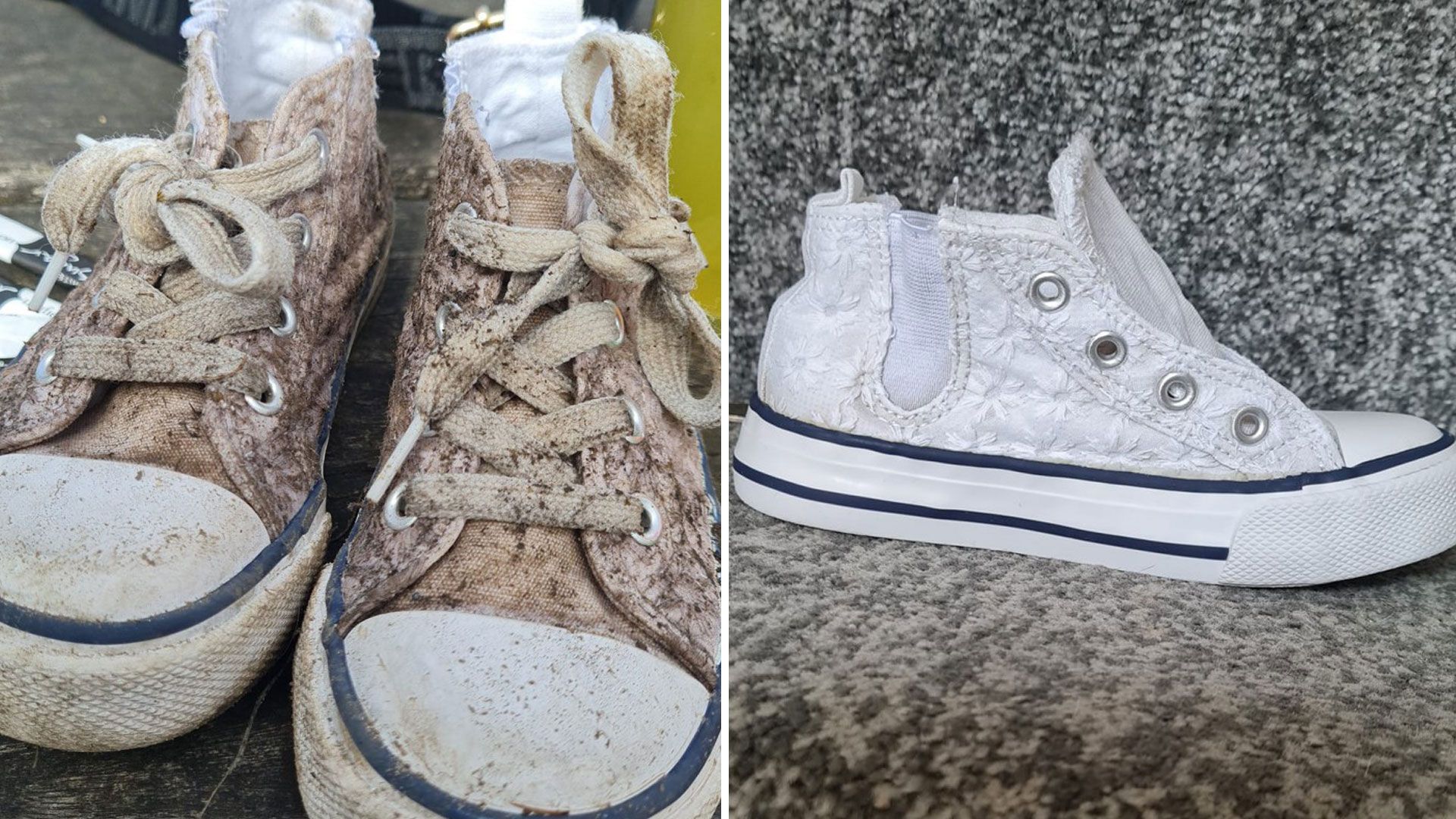 Costume design always involves a lot of research and planning. But for Montclair State University’s recent production of “The Curious Incident of the Dog in the Night-Time“, Costume designer Katherine Victoria Repp, a junior in the Theater, Design, Technology and Management program, went above and beyond to learn more about ethical clothing sources and accessibility.

“Researching accessible clothing was really important to the authenticity of this show and researching where that clothing came from was an important thing for me, personally, as a designer,” Repp said. “Design made me realize more and more that costume making can sometimes be a wasteful practice, as clothes are usually purchased with speed and price in mind. Unfortunately, this leads to buying from from unethical sources such as Amazon and Shein.

When shopping for her costume pieces, Repp has tried to avoid fast fashion companies that exploit their workers and make the clothes as cheap as possible. Instead, she opted for well-made and timeless basics to compose her basic neutral costumes.

The items she purchased will become part of the costume stock to be used in many more shows. Sustainable shopping is not one of the foundations of costume, although Repp is developing a knack for it.

“I wouldn’t say it makes it harder, but it’s definitely a tool that takes time and practice to develop,” Repp said. “This show has given me a plethora of exceptional resources in terms of sustainable stores, as well as methods for determining which stores are ‘safe’ vs. unethical.”

Using what she learned in “The Curious Incident of the Dog in the Night,” Repp hopes to continue her more sustainable practices as a costume designer for the production of “Pippin” next semester.

“On my next show, I plan to continue using my primary resource which was goodonyou.com,” Repp said. “This website has an amazing directory. I will also continue to use thrift and thrift stores, as well as small costumers and businesses.

In addition to sustainable sourcing, Repp also researched the impact of the main character’s sensory issues on the clothing he wears. How Christopher perceives the world was crucial to Repp’s design concept.

“The overall concept of the show was to show the world through Christopher’s eyes,” Repp said. “For me, as a designer, that meant Christopher’s clothes had to meet his needs.”

Because Christopher’s character is neurodivergent, Repp had to be extra careful with his design decisions.

“I found out what the parents had done for their children with similar needs to Christopher’s,” Repp said. “His jeans are specifically designed to allow movement and have an elastic waistband to help Christopher dress. Another thing we did was use elastic laces on his shoes. Converse was specifically recommended by a mother who said her son preferred them, because of the security around the ankle and the flatness of the soles.

Andrew Linden as Christopher and the set of “The Curious Incident of the Dog in the Night”.
Photo courtesy of Gennadi Novash

After researching accessible clothing for Christopher, some of Repp’s newfound knowledge made its way into his designs for other characters as well. An elderly character, for example, wore a sweater with back closures designed to allow access for nurse’s aid. In this way, accessibility considerations were not limited to Christopher but part of the larger fabric of his show.

His work and effort does not go unnoticed, especially by his classmate Justin Stuart, a theater production/design specialist and also the lighting director of “Curious Incident”.

“I think [Repp’s] the big hit was dressing up an ensemble in modern attire so well,” Stuart said. “They all fade into the background when the focus isn’t on them, but when they’re present, you feel it.”

“My experience working with [Repp] on ‘Curious Incident’ was wonderful,” Benton said. “From the beginning, [Repp] was very committed to researching and researching accessible clothing for the character of Christopher, and its design was deeply influenced by the nuances of Christopher’s character as articulated in the novel, particularly how he reacts to certain colors and the mathematical properties of patterns. ”

Above all, Repp’s goal was to give audiences a way to enter Christopher’s headspace and foster empathy with his experiences.

“This show taught me how much goes into the clothes we wear, not just in an obvious way, but also [in terms of] how we put them on and how the textures, seams, closures, etc. make us feel,” Repp said. “[Also], how these things can change our mood and serve or weaken us. I hope this [allowed] audience to sympathize with Christopher and really see what his world is like.

Previous Return of the ‘Dreams Delivered’ prom shop for ETHS students
Next The best sneakers of the week, including off-white blazers